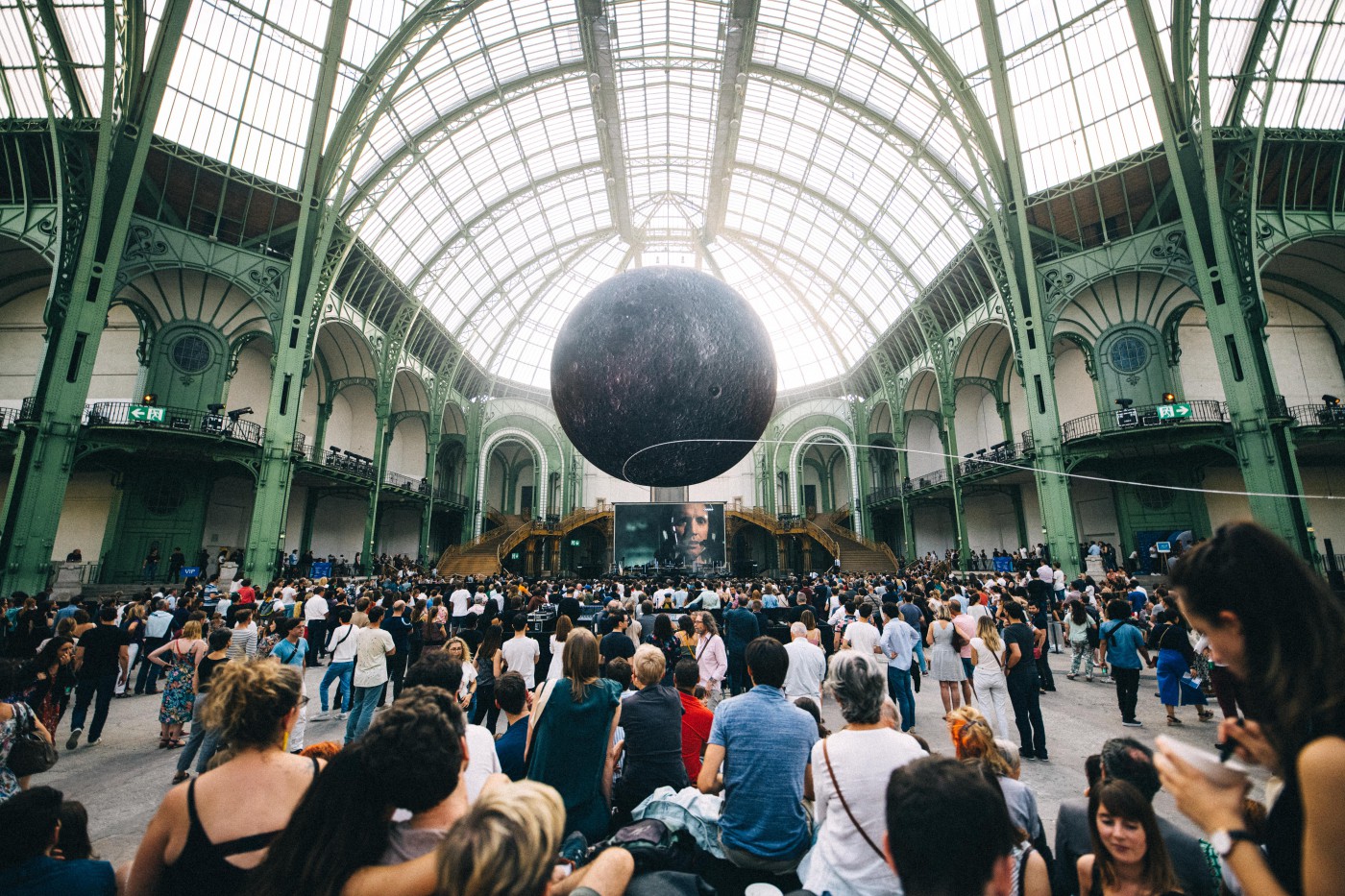 On July 20, 1969, at 8:17 p.m. (UTC, Universal Time), the Eagle lunar module landed on the Moon. At 5:11 a.m. on July 21, Neil Armstrong and Buzz Aldrin climbed back into the module after surveying the lunar surface for more than two hours. The Grand Palais celebrated this event with a grand evening in the presence of Guillaume Sanchez, Arnaud Rebotini and Thomas Pesquet, conceived as a high point in the exhibition The Moon. From real to imaginary journeys, which celebrates the long relationship between man and this familiar star, through works of art that have embodied the many forms of this relationship.

WE LOVE ART and the RMN – GRAND PALAIS are once again joining forces to celebrate the 50th anniversary of the first step on the Moon during an extraordinary, multidisciplinary evening in the magnificent Nave of the Grand Palais.