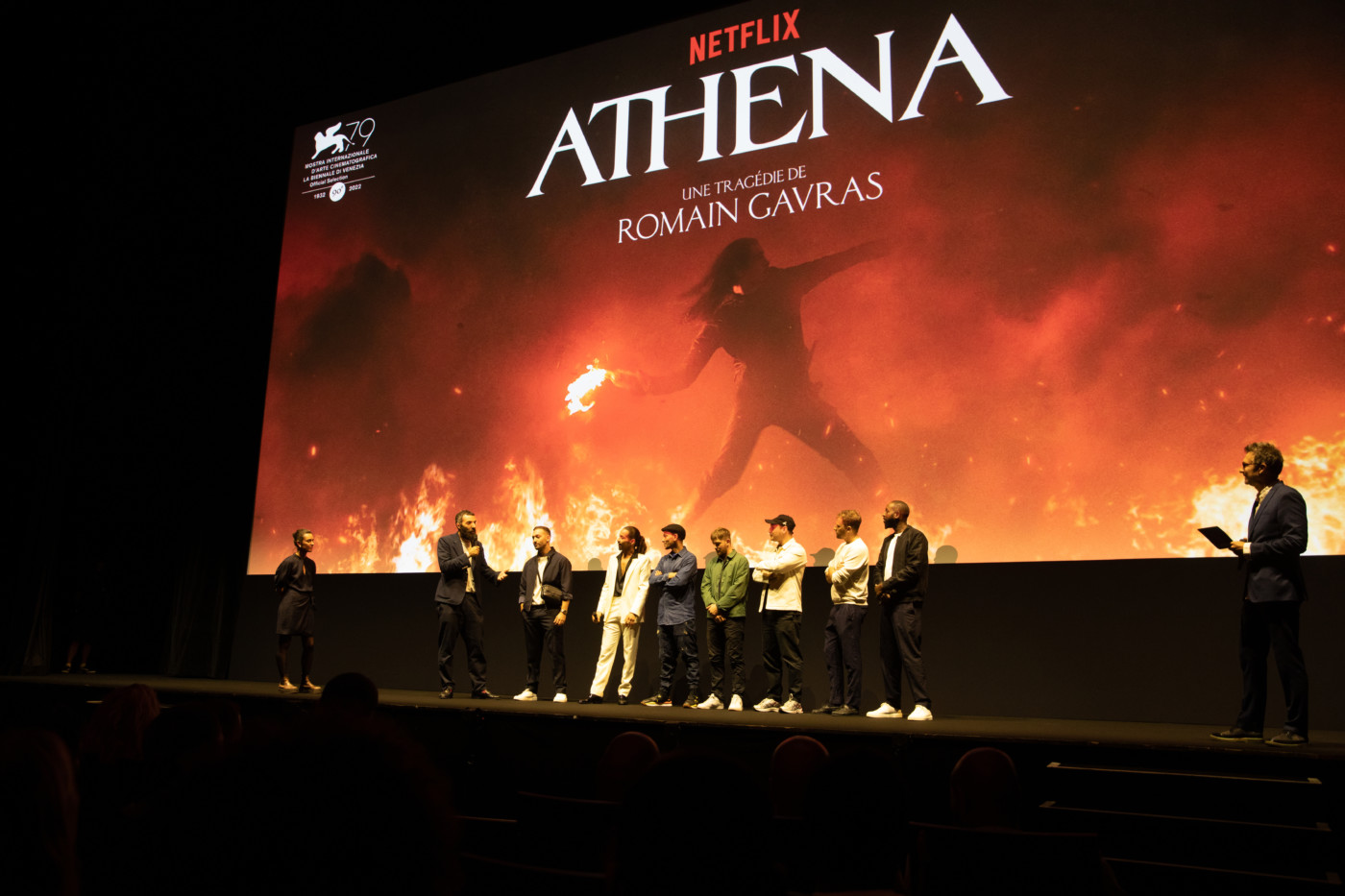 On September 12th, we had the honour of organizing at the Salle Pleyel the premiere of Athena, a new film by Romain Gavras.
Ahead of the exclusive broadcast on Netflix on September 23, the guests had the chance to discover the highly anticipated modern tragedy followed by an afterparty, in the presence of the casting.